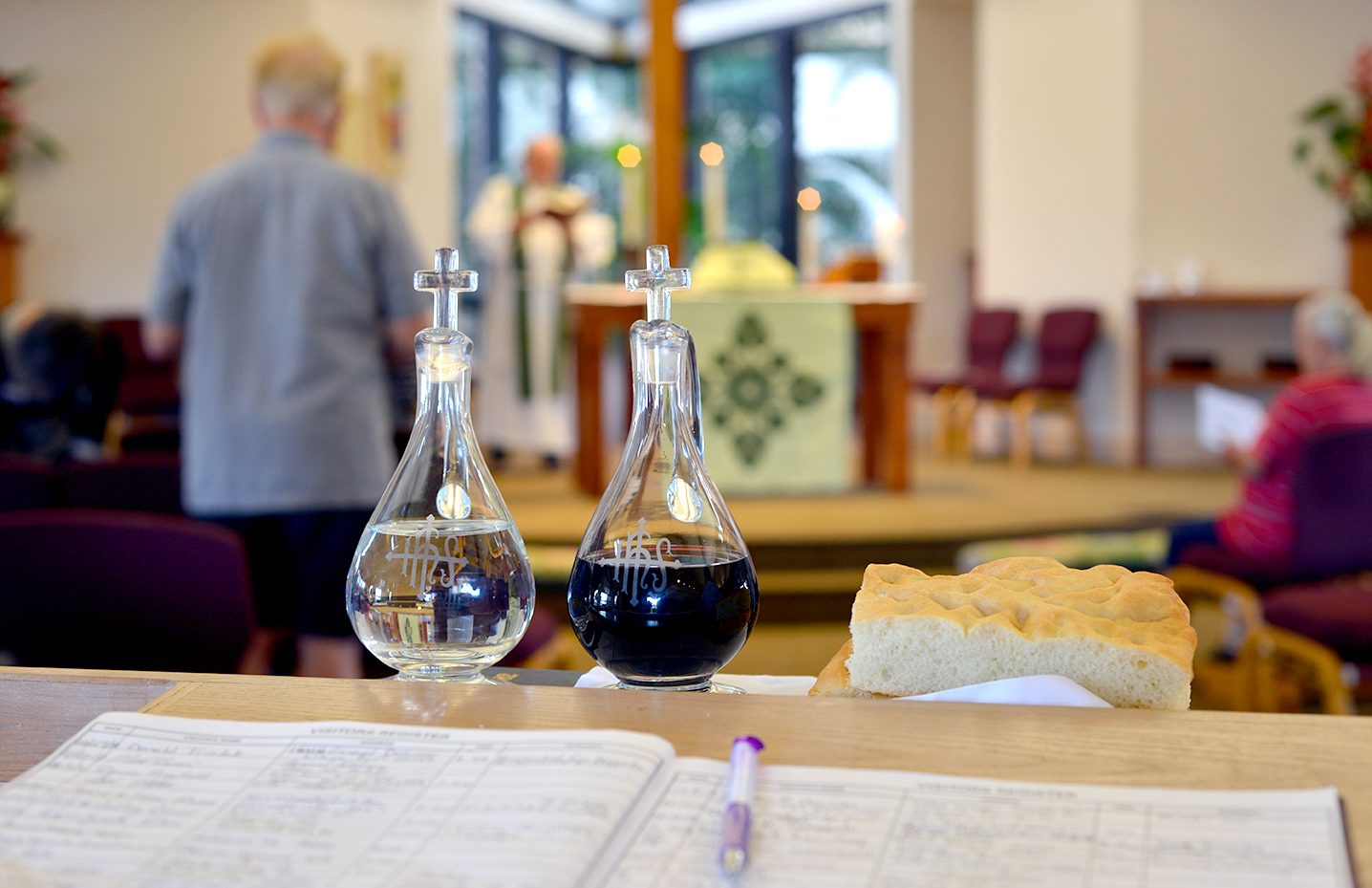 The History of St. Michael & All Angels

The Anglican Mission was established in Hawaii at the request of King Kamehameha IV and Queen Emma in 1862. St. Michael’s is honored to have the use of a silver chalice donated by Queen Emma and inscribed, “Presented by Queen Emma to the first Anglican Church on Kauai September 6th 1888.”

In 1925 The Rev. Henry Willey was assigned to serve the Anglican Church on Kauai and established Christ Church in Kilauea and All Saints Church in Kapaa. Almost 40 years later, Archdeacon Charles T. Crane hosted a meeting to discuss establishing an Episcopal church in Lihue in communion with the Philippine Independent Church (PIC), led by Fr. Timoteo Quintero. Parishioners from Lihue approved the purchase of land and proceeded with plans, fundraising, and organization of a Lihue mission.

The first service of St. Michael and All Angels was held at Wilcox Elementary School on November 3, 1963. The following year, the Diocese purchased seven house lots in a new subdivision and parishioners launched a capital campaign to build the church. On May 16, 1965, the new church, designed by Charles Wagner, was dedicated.

In 1974, The Rev. Jan Rudinoff arrived as Vicar, and led the church for the next 30 years. He was joined by The Rev. Malcolm Miner (Retired) as Associate Priest in 1988.

The original church was outgrown by the 1980s, and the last service was held there on November 11, 1990, after which it was deconsecrated and sold. The present church, designed by Steve Shackleton and built by Curtis Law, was dedicated by The Rt. Rev. Donald Hart, Bishop of Hawaii, on February 12, 1991.  Shortly thereafter, the congregation voted to move from mission to parish status. The Rev. Jan Rudinoff was called to be the first rector.

On September 11, 1992, Hurricane Iniki devastated Kauai and for several months St. Michael’s Parish Hall became disaster headquarters for the American Red Cross. In 1996, The Rev. Carol M. Arney was ordained a priest by Interim Bishop George Hunt and served as Associate Rector at St. Michael & All Angels until November 1997. In 2004, the parish celebrated the retirement of the mortgage, leaving the church debt-free. The Rev. Jan Rudinoff then retired after 30 years of service to St. Michael and All Angels.